Boris at it again

Another party being reported in the Telegraph.

Those who were setting the rules (the Covid 19 taskforce) held a leaving do for one of their members on 17/12/2020 separate to Simon Case's staff who were holding a Christmas do in his private office on the same evening.

It’s going to be a constant drip feed
D

Jesus, they were constantly partying and having a grand old time while the rest of us followed the rules. That whole party is infested with scum, it isn't a case of Boris resigns and it's all over and done with. The whole fucking lot of them need their balls (or tits) nailing to the floor.

Strange how Rishi and Gove and Truss haven’t been implicated in any of this yet. Almost like they have leaked it.

This is the killer blow I think

Tony Towner said:
This is the killer blow I think

Good work here (Neville might get himself in trouble after publicly joining the Labour Party this week tho): 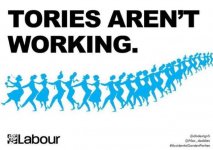 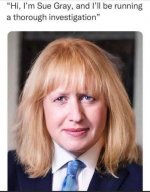 I'm not even remotely surprised.

More evidence Johnson and the Tories are fucked

Still persisting with the 'work event' line this morning.

You weren't allowed to have work events in May 2020 you fucking idiots, even if it were true which it quite obviously isn't.

The contempt they hold for the people of this country is beyond sickening. If Patel wanted people reporting for breaking COVID laws then I hope to fuck they all get investigated and locked up, I've never hated a government anywhere near as much as this one. Vile bunch of cowardly cunts.

Guardian says the BBC licence fee announcement was earlier than expected, and thinks Johnson is trying to throw the BBC under the bus, because of the negative reporting about him.

Out of isolation then or just when it suits to hide from public scrutiny? 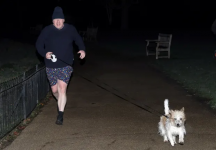 That is laughably bad Photoshop.

It is on today's Guardian live page and has accreditation to Reuters.

So who isn't telling the truth then, No.10 or Dan Hodges, Dominic Lawson, Kay Burley and Heather Stewart? All the journalists mentioned have claimed they have been told by more than one source that Johnson was told of the event in advance.