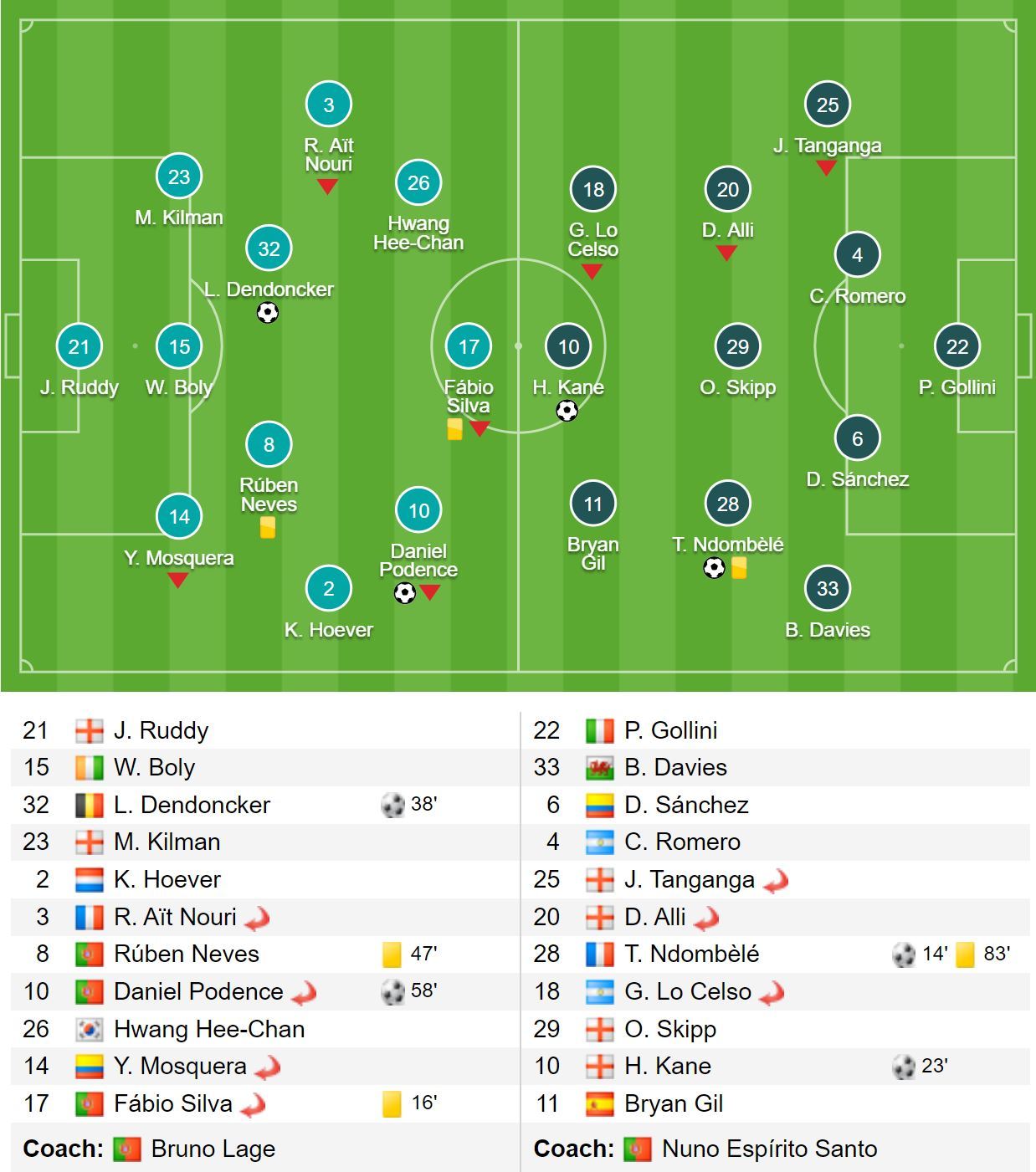 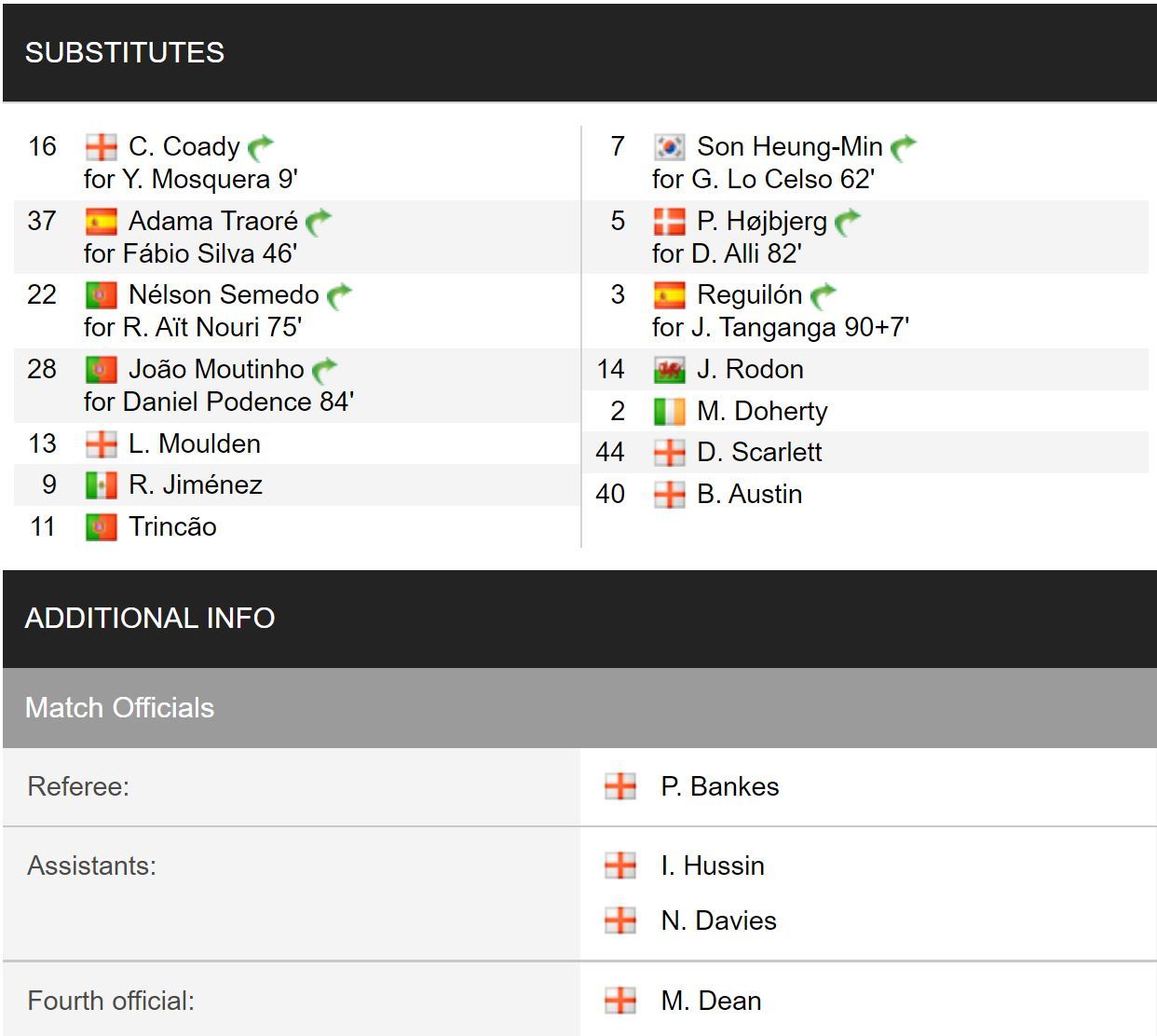 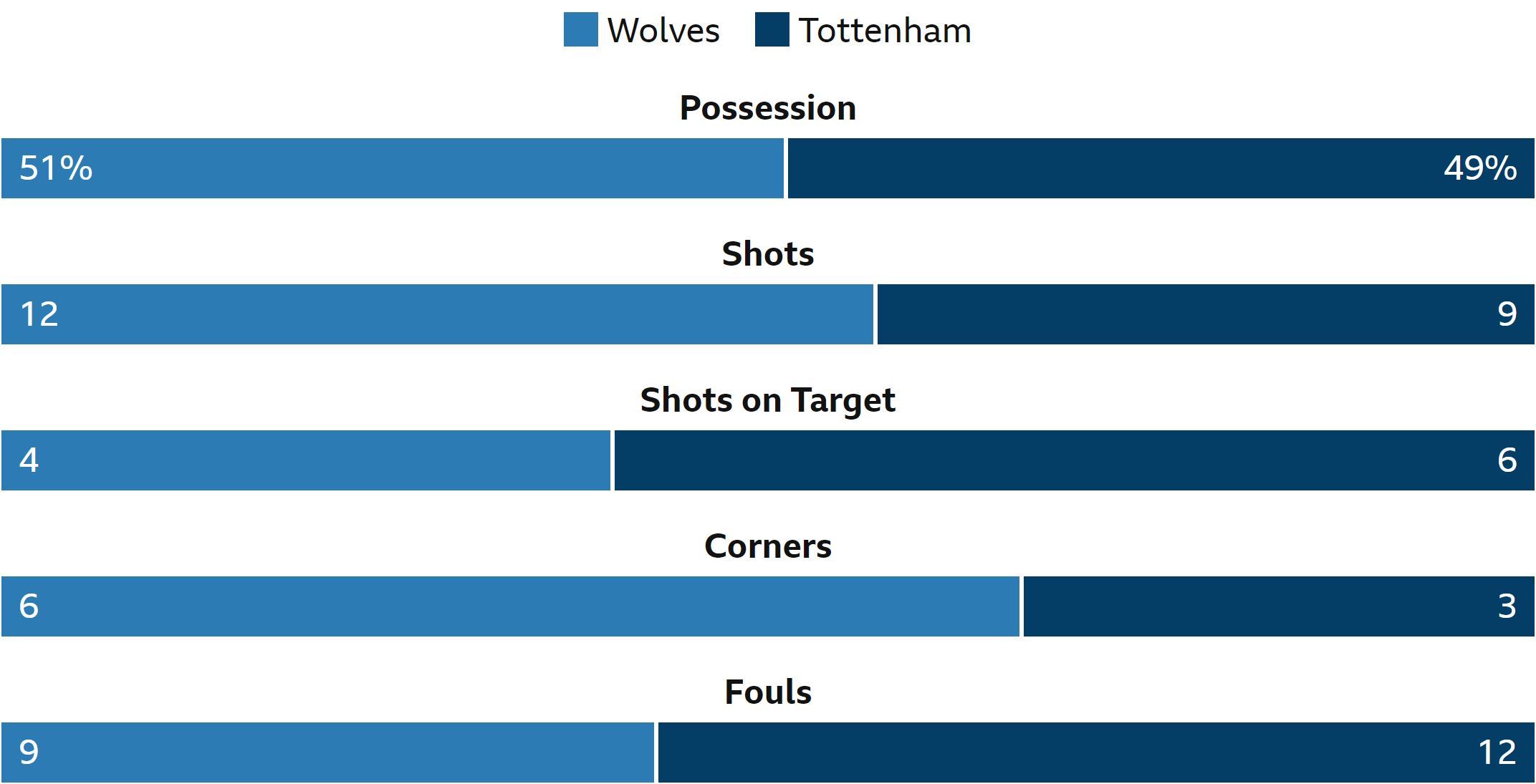 Penalties are a lottery but we should take positivity out of our fight back. I really thought it was going to be a rout with how we were playing but we came out in the second half with absolutely the right approach.

Hwang looks a great acquisition and I think an interchanging/rotating front three throughout the game is probably the way forward.

I only saw Podence's goal but it was well taken. I think he probably needs to start now. Rotate with Traore on the left.
A

Did Coady hit the bar? It looked like it on my stream

Shame about Yerson he'd looked ok up until he got injured. Don't think we'll see him again before January.

Adama, Silva and Coady waste of a shirt tonight,

Boly and Kilman better second half and both wing backs did very well, particularly RAN before being taken out by that fucking thug.

Really liked the style from open play and we have to start with Pod and Hwang with Raul.

Have to carry some of that over to Sunday, just knew Spurs would spawn their way through.

AndyWolves said:
Did Coady hit the bar? It looked like it on my stream
Click to expand...

Yes. Leathered it straight down the middle but came back off the bar.

Shame about the penalties, played well after that really bad opening 20 minutes. A draw was probably a fair result with us maybe just edging it. Good to score a couple of goals and I think Bruno has probably learnt quite a bit about the team from that. Hwang looks like he could be quite dangerous playing as a striker. Fabio looks shit at the moment, way off being Premier League level, think a loan to a lower division team would probably do him good, but unfortunately that won't happen. I'm glad the manager was decisive in taking him off at half time.

Is RAN injured? I saw his collision replayed but couldn't tell what happened.

For the first 40 minutes or so it was legitimately "you're getting sacked in the morning" levels of inept.

After Dendoncker's goal we vastly improved all over, and for basically the entire second half until the 80th minute, we dominated them.

This team shows so much potential, which is why watching them is so exciting and aggravating in equal measure.
C

AndyWolves said:
Did Coady hit the bar? It looked like it on my stream
Click to expand...

positive performance for 50 minutes, good to see Podence and hwang have game time and look threatening

Johnny75 said:
Really liked the from for play and we have to start with Pod and Hwang with Raul.
Click to expand...

Was going to say I think Raul would benefit with either Pod/Hwang upfront with him in a 3-5-2 (both are quite Jota-esque) or behind him in a 3-4-2-1.

about time the Mouthino corner routine ended, or is it in his contract !! Better performance second half (couldn't have been worse though) but get annoyed with Traore when he receives the ball on occasions with hardly a defender nearer him but he just waits until they regroup before setting off.

Concussed, I'd guess.
A

Should we not just play a back 4 and effectively swap Coady for Donk and play donk as a DM.
S

It was all a bit Harum scarum at times but credit to the lads for showing a bit of fight, played much better after our first (couldn't have been worse tbf)
Boly (although he was crap for their first) Podence and RAN must start v Saints

The challenge by Tanganga should have been a red, fucking awful
A

positive performance for 50 minutes, good to see Podence and hwang have game time and look threatening
Click to expand...

I wouldn't view hitting the cross bar as awful.

Nowhere near as bad as Neves or Donks

Concussion, and a bad one. Tanganga took him out deliberately at head height. Should be a sending off offence as it's really endangering life.