The Bear said:
I had a quick listen and it was mostly made up stuff with everyone cackling as though it was the funniest thing they'd ever heard.

Not for me. And I usually love Joe Wilkinson.
Click to expand...

Very much a you get it or don't get it kind of podcast.

I love it. But others I've spoken to found it 'wierd'
F

The wrestling crew are pure cringe and I can't deal with Baldy Tim and Nathan Rioja having "banter". As for SBR....well, they think swearing is funny. I did once too, but I was about 10 at the time.
Click to expand...

It's not just wrestling we talk about you know...

I plan to watch the Steve Bruce's "Captain's Log" run in its entirety. So you don't have to. 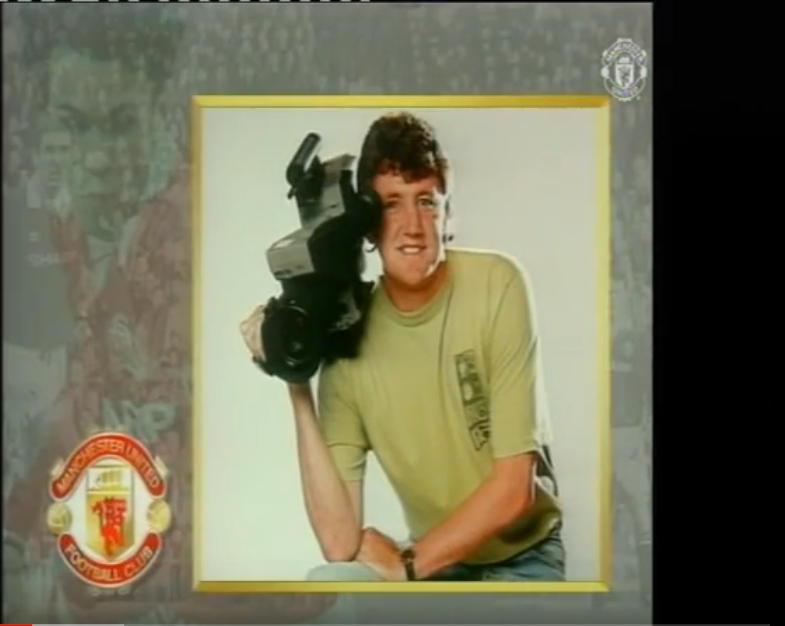 Deutsch Wolf said:
I plan to watch the Steve Bruce's "Captain's Log" run in its entirety. So you don't have to.

Deutsch Wolf said:
I plan to watch the Steve Bruce's "Captain's Log" run in its entirety. So you don't have to.

Well inside a couple of minutes you've got Peter Schmeichel doing a bit of a Nazi impression immediately followed by Wor Steve saying "the dressing room humour is brilliant".

I'll say it's very much of its time :icon_lol:

Such a deeply, deeply strange programme (sadly I don't appear to have the final couple of parts at the moment but I will leave NO STONE UNTURNED to find them).

There's an odd dynamic between poor old Steve and the rest of the squad. Ince (knob) and Giggs seem to be the banter boys and he's clearly not in on the joke. Nobody goes near Cantona. Denis Irwin oddly has no time at all for him :icon_lol:

I assume this was a VHS (MUTV didn't exist then) but a load of it seems to be made up of match highlights that have nothing to do with Steve Bruce? And there'd have been a season review for anyone who wanted that?

The highlights that do include him are his two goals vs Sheff Wed and we see him the morning after. There's a throw forward to one of the bits in the book trilogy as he appears to only be reading tabloids, not the "quality papers". Strangely a couple of the reports seem to be cut out on their own but who am I to judge what Steve Bruce does with his newspaper on a Sunday morning. Perhaps they're for his own personal scrapbook, which is quite sweet.

There's an odd bit with Lee Sharpe where he wastes some mattress salesman's time? And then plays drums in his house and talks about pensions. None of that makes any sense.

Steve seems oddly proud of his "camera technique" at one stage, bless him. He does also run a "soccer clinic" (no idea where his use of "soccer" came from but it pre-dates the books) so there was a commitment to youth football there which never actually happened in his managerial career.

The Schmeichel "Nazi" bit is unreal. It's some nonsensical conversation that you pick up halfway through (this is a common theme, nothing has a natural start or end, it's just there) so it makes no sense in the first place, then they see him do it, warn him it's on camera and leave it in the final edit. Who exactly is in charge here?!

I mean I get this was the early 90s and this kind of in-house club thing was fairly new, but the production values are literally zero :icon_lol: There are tons of awkward silences and conversations that go absolutely nowhere. Even allowing for it being ripped from the original, the audio quality is atrocious. Sections pop up and disappear out of nowhere, without warning. Steve isn't the greatest of narrators or interviewers, at one point he follows Giggs around and says nothing at all - well either that or he's not there at all, which kind of puts a mockery on his "this is MY insight into what it takes to win a title" statement at the very start (which he delivers from a piece of 90s garden furniture that looks like stuff we had, and my Dad wasn't a Premier League footballer). Interestingly at one point Giggsy is waiting at Victoria coach station for his brother Rhodri. Nice family video there for Christmas. Ryan is very proud of his Brand New Heavies and Kenny Thomas CDs, so he's not all bad.

I'd say old Stefa is actually better at writing murder mystery novels (without any mystery) than he is at this. I wouldn't recommend watching it. The titles genuinely are the best thing about it, just to see that Sharp blatantly dumped some shitty old stock on him rather than trusting him with anything new, that camera was huge even for 1993. For a lot of it - imagine wandering round a pub where you don't really know anyone, and sort of half catching conversations midway through, and then being whisked away at random while they're still going on and being moved on to another group where the same thing happens. That would be quite a strange experience. This is a strange experience.

3/10, one of those marks being for Steve's magnificently bushy mullet, I'd forgotten he was still rocking that so late.

This is what I do with my Friday nights now. I write 700 words about in-house Manchester United videos from 25+ years ago because I find Steve Bruce comical. They told me it would be better if I settled down.

I still have no idea what it is. Is it some club made behind the scenes thing then?

I've watched it and I still don't know.

I've written it up properly now:

I enjoyed your summary of it, obviously I was never gunna watch it and definitely won't now but it was interesting to read your take on it

"Oh yeah, what sort of stuff?"

"I take the mick out of Steve Bruce about some awful, long-forgotten video he did years ago"

Time for a Chamomile tea

Shame Adidas have let them down and the Leddersford tops won't be ready until January
Click to expand...

Awesome (and yes, but we do get a free Nigel Martyn mug out of it..)

YoungWolf said:
Awesome (and yes, but we do get a free Nigel Martyn mug out of it..)
Click to expand...

His top 5 drinks mug. Just need to find someone to regift that to when it arrives...

Not sure why anyone would want that ugly mug on their ugly mug.

You would be quietly amazed what people will buy to have on their ugly mug...

The Bear said:
Not sure why anyone would want that ugly mug on their ugly mug.
Click to expand...

That's the legendary Steffa Barnes. Who doesnt want him in their life

Kenny said:
That's the legendary Steffa Barnes. Who doesnt want him in their life
Click to expand...

Is there a Jaguar logo on the underneath?