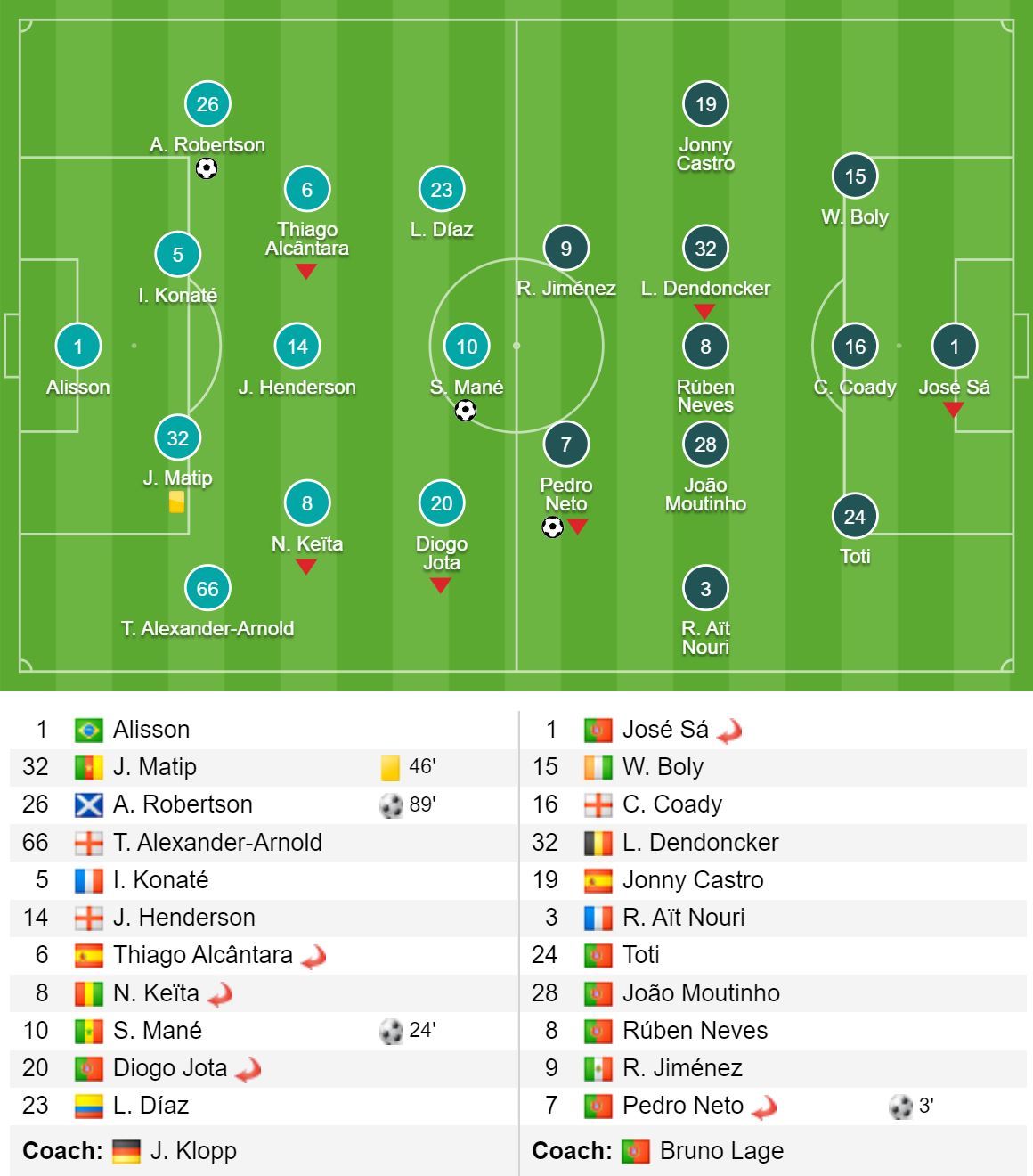 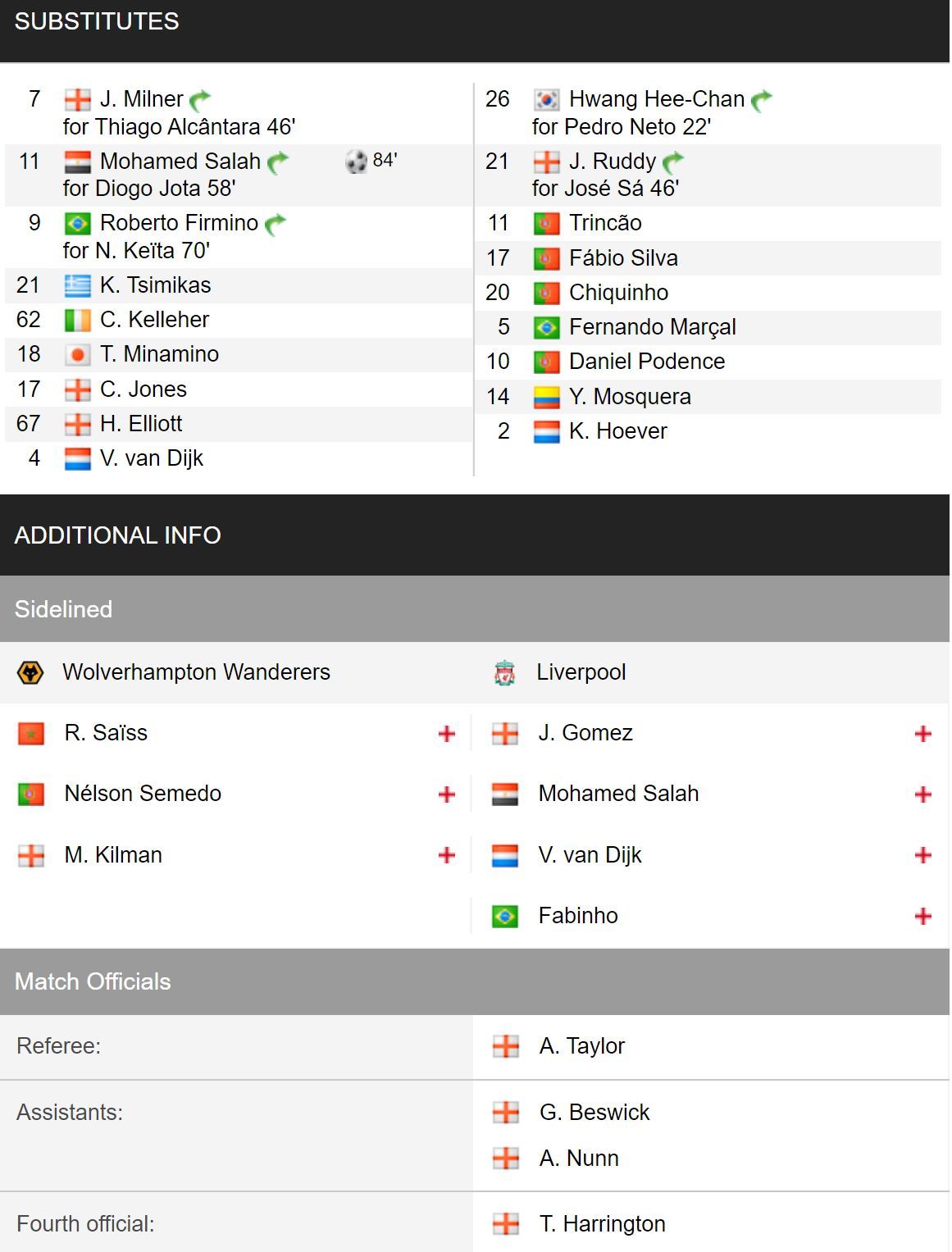 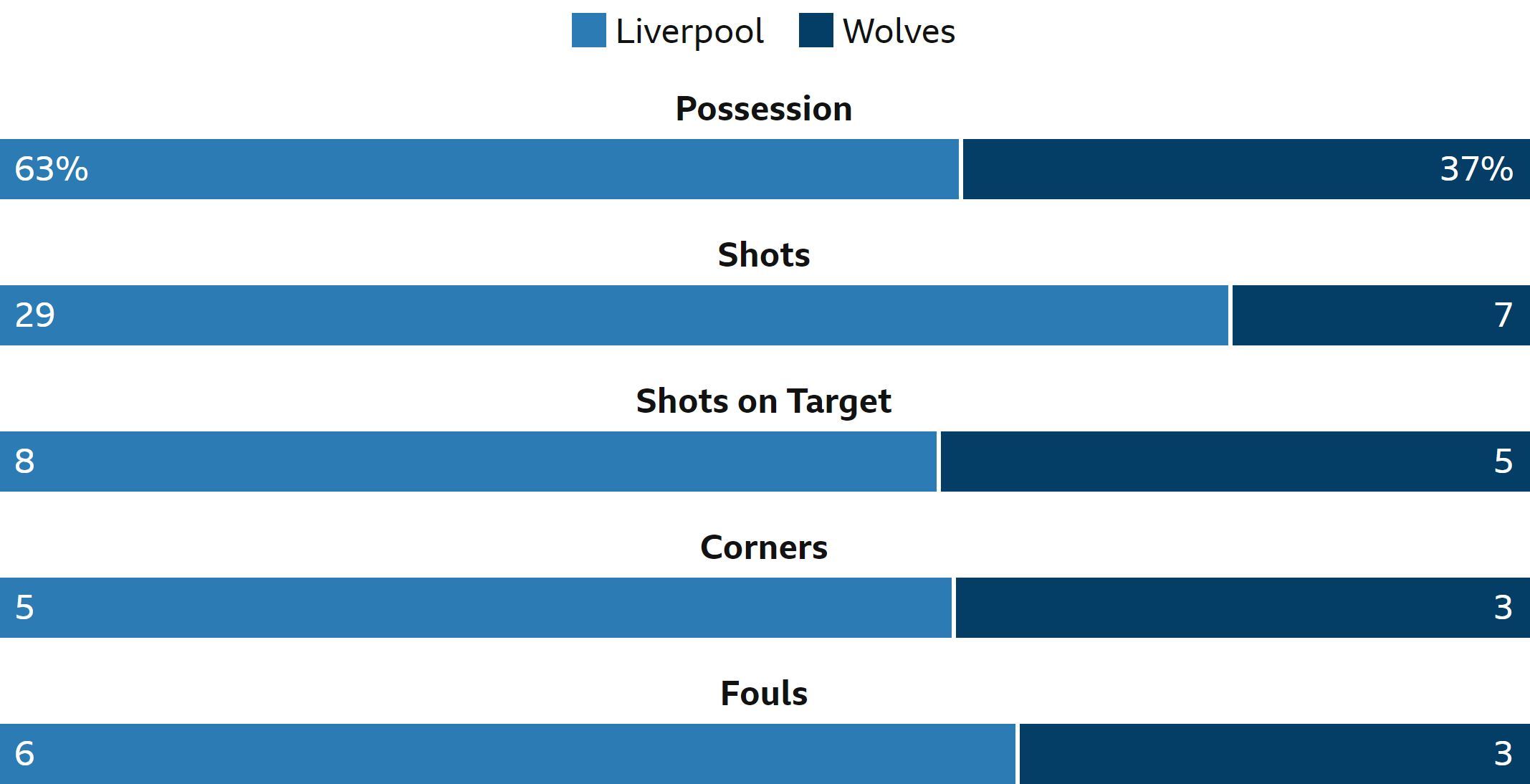 A decent performance and some good stuff played. We just don't have anybody up front who can put the ball in the net. We were pretty much doomed to the result and a single goal when Neto had to go off. He would have buried one of our other chances IMO.

MOTM - Neves. Silky quality as usual. Jimenez runner up. Good to see a decent game from him for a change.

Only good thing about losing today it won’t gloss over what’s been a terrible end to the season.
We’re in no better shape than 1 year ago in fact I’d say we’re worse off.

One performance will live long in the memory. Hwang was so bad it was comical. Great entertainment with City giving Liverpool encouragement. Put £50 on a Liverpool win about 5 minutes before they scored so that's the ST rise covered. Roll on a new season, please God with a new manager.
A

There must commercial reasons for playing hwank, there aren't any football ones

Well Bruno can’t use his “we were the only team to push the top 6 & West Ham” line now, as we finished 10th…

Relegation fodder since the turn of the year.

Today was over once Neto went off injured. Hwang is one of the worst premier league footballers I’ve ever seen, to the point Raul actively chose not to pass to him twice when we could have scored both times.

I guess now we just have to wait and see what happens this summer.

A decent performance overall. A nice send-off from the season. Unfortunate for the injury of Neto and Sá. Hopefully they can recover quickly and be up to speed at the start of the pre-season.

I wish this end would also mark the passing of Bruno, even if I hate saying this as I love him. But it's not really working. I don't expect it to get better, especially if Neves and Moutinho move on. Really apprehensive for the future

Fulham and probably Forest coming up make the division a lot harder next season, I think we’re in big trouble.
If you look how Leicester and BHA clawed back on us since February it highlights just how bad we’ve been.

It was a very panicky performance but there was a lot more fighting and work rate at least. However we never had a chance after Neto went off, I get it's become it's own sort of forum meme the Hwang stuff, but he was truly appalling today. I can forgive the miss, however the amount of errant passes, miss controls, his low quality was a real killer. Thought Raul played much better but was flogged the last 10.

Gomes looks very raw with the ball but seems promising at least. Ran is better than I feel he gets credit for, still very young in the Prem context and despite some errors has played well enough for me today in that lens.

Ruddy was fantastic in that promotion season but he showed a huge drop off today from Sa, I did say previously we need an upgrade there if possible.

jd1981 said:
Fulham and probably Forest coming up make the division a lot harder next season, I think we’re in big trouble.
If you look how Leicester and BHA clawed back on us since February it highlights just how bad we’ve been.
Click to expand...

To be fair, we don't need to look at anyone else. 7 games with no victories, having played at least 2 matches that we should have clearly won, and another against Newcastle.

If we do nothing else this summer other than bin Hwang I'll consider it a decent window. One of the worst performances I've seen froa Wolves player and I saw Mujangi Bia.
C

We were ok today in circumstances. Decent plan in possession. Out of possession far too reliant on the GK or a last ditch challenge.

Left of the Dial

Played OK at times the turning point was Neto getting injured and our Make a Wish recipient this season Hwang replacing him.

Hopefully Bruno goes tonight and we scrap the Hwang deal....I'm probably wrong though.

Finishing 3rd in what was almost a one horse race for 8th has to be grounds for removing Lage. We've capitulated and he's the main reason.

Left of the Dial said:
Played OK at times the turning point was Neto getting injured and our Make a Wish recipient this season Hwang replacing him.

Hopefully Bruno goes tonight and we scrap the Hwang deal....I'm probably wrong though.
Click to expand...