The Doherty and Jota reactions this year baffle me

Dire Wolf said:
Just looking at the table and the teams around and about from 4th to 9th, getting into that 4th spot is by no means out of reach. It just depends on us getting some consistency in front of goal. At the moment, on form, you'd say it is going to come down to Arsenal, West Ham or ourselves. Man Utd and Spurs just don't look very good. But with the players both of those 2 teams have, you wouldn't be surprised if they put a run together and sneaked in there, even if neither really deserve 4th.
Click to expand...

We've pulled back quite a few points on West Ham recently - they were miles ahead of us not so long back.

Any of the teams could finish anywhere - we're as likely to finish 4th as 9th, or anywhere in between.

As you say, it's about consistency from now until the end of the season.

So much better, that. Shape was right, intensity was spot on, and we definitely had an attitude of 'peer' rather than 'underdog'. No feeling them out, just put the pressure on straight away.

Spurs were an absolute car crash at the back. I don't think we carved them open as much as they just self harmed - but we took advantage, had clear shots on goal from good positions, and goals will always come from that.

At the other end, they looked a bit like us on Thursday - offering plenty of threat, but not converting that into clear cut chances. Their profligacy was probably more important than our solidity I think, but that's not to deny that we also did some excellent defensive work, as a unit and individually.

Cundle looked really comfortable, he also made a couple of really good runs behind that weren't seen. Dendonker was OK, and it was an important goal - I do just hope that it doesn't make Bruno think that he's genuine option as an attacking midfielder, because he's not.

Really, really important win though, in the context of this 5 game run that have the potential to make this a special season 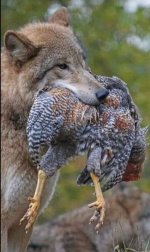 Depends of where you think we should be I guess

Just me that thought Leander was only slightly better than usual? 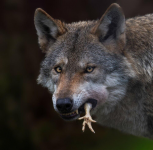 Alan said:
Just me that thought Leander was only slightly better than usual?
Click to expand...

Don’t think anyones saying he was phenomenal. Solid 7/10. Wasn’t a game of many 8’s IMO 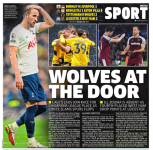 Johnny75 said:
Maguire, Stones, Kilman and Coady would be the 4 CB's for me.

Ben white would be in the 4 for me from what I’ve seen recently to be fair. Maguire shouldn’t be anywhere near the squad but will be

White was terrible against us on Thursday.

Jenas and Murray tipping into Spurs and waxing lyrical about us on motd.
The perfect away performance says Murray
C

Johnny75 said:
White was terrible against us on Thursday.
Click to expand...

Didn’t think he was that bad? Then again we didn’t put him under pressure So can’t see how he was terrible.

Anyway, not really relevant when Maguire is the current bar apparently, most of us may be in with a shout
C

Jasperwolf said:
Jenas and Murray tipping into Spurs and waxing lyrical about us on motd.
The perfect away performance says Murray
Click to expand...

Good job Son missed that chance after our first. Could’ve been a different game. Makes a meal of it.

Anyone else notice that Vitinha had returned to our bench, according to MOTD2 …

Just watching Motd2 now, awful from Llores on the first, not sure what he was thinking with the punch, must have thought he was going to get clattered as not sure why else he'd do that, good save from the Podence shot though as comes thru the Defenders legs.

Very pleased though, Sa looking a great signing now too.

First. We are as good as West Ham, Man Utd, Arsenal and Spurs. 4th spot is between us and this group. We are far enough into the season for the league table to be a fair judge of the relative strengths and weaknesses. The next few games are probably season defining.

Second, the Stratus lounge at Spurs was really nice and the view from the seats on the half way line is superb. As football stadiums go, this one is superb. Not the easiest to get to but once you are in it is great. So much more superior than Arsenal.

We didn’t have to get out of second gear, could have blown them away in the first half and contained them easily in the second.

We could have spent £20 million on a midfielder inferior to Neves or Moutinho in January. We didn’t, Cundle made his first start and after a nervy first 15 grew into the game and easily outshone Winks. We could have spent £20 million on another central defender last Summer…we didn’t and Kilman has developed into one of the best in the league. Maybe Cundle won’t repeat that but we won’t know unless he plays.

Neto, Jonny and maybe Boly to come back for the run in. Neves commanding. A consistent and mean defence. A manager who knows what he is doing.

Can't believe what a player Kilman is turning into, lovely to see Cundle not over-awed and enjoyed Kane not being allowed to ref the game

NicholasG1973 said:
Just back - how you can get completely saturated watching football in a billion pound stadium (you’d think most of it would be covered) is beyond me - only negative part of the day though.
Click to expand...

I thought that, but if Levy is too tight to buy Traore, he was never going to fork out for a fully functioning roof.

It was a great, but long day out though. Two decent trips there now.

A billion pound stadium that if you're in the first 20 rows you get piss wet through sums Spurs up at the moment but we were very good in certain situations and deserved our win.

We pressed very well and through that created some very good chances especially in the first half and the Jimenez one in the second. We've put ourselves right back in the mix again after a blip on Thursday and i know we would like Fosun to spend money etc.. but without that players like Kilman and Cundle possibly don't get the chances they've had or might have and i'm loving following this team around the country at the moment. In terms of the players....

I love Sa, he's crazy but he makes really good important saves and i think if he's still making those saves the moments where he tries to chest it down and loses control can just be laughed at.

Kilman bounced back from just an average game on Thursday to being absolutely superb again, Coady was Coady and despite giving the ball away a few times Saiss was very good defensively, with some excellent interceptions and tackles.

I thought the midfield 3 were very good, Neves was superb again and Donk had his best game of the season winning the ball back and causing problems in their area too while popping up with a goal. Lastly Cundle was superb for me, very nervous before the game after speaking to his mate who i used to coach outside the ground but after the first 15 minutes he settled down and just kept things simple and could have had an assist if Jimenez had dealt with his pass better.

Jimenez and Podence were pretty similar for me, important in the first half and involved in the goals but then made wrong decisions quite a lot up until the end of the first half even though they could have added to the scoreline with Lloris improving. Both of them in the second half just gave it away too often, Podence by trying too much and Jimenez not being strong and clever enough against the centre backs.

Subs all made a difference for me, held it up well and won free kicks in the last 10 minutes that the front 2 hadn't been doing and Cundle was obviously tired. This basically killed the game and it was great to see the game out comfortably. Spurs did create a few chances in the second half but at the game it never felt like we were really in trouble and the Kane chance that Sa came out to block was the only time i thought they might score.

Hopefully we can keep this up over the next 3 games and give us a real chance of finishing as high as possible but whatever happens i've enjoyed this season so far and i'm just hoping and praying we can add some real quality to the squad and the youth players that might be able to step up and give Bruno a very good chance of doing something special.
You must log in or register to reply here.
Share:
Facebook Twitter Reddit Pinterest Tumblr WhatsApp Email Share Link
Top