I was born in the south and spent half my life there, you don't need to stick up for me bud.

t3ch said:
I was born in the south and spent half my life there, you don't need to stick up for me bud.

What state, if I may?

Alan said:
What state, if I may?
Click to expand...

texas, mississippi, and virginia are some of the dozen states I've lived in

also should clarify I was more conservative when I lived down there. I'm getting more liberal with my age, oddly.
Last edited: Mar 17, 2021
D

A Houston power provider has declared bankruptcy and is being sued by the state for price gouging during the storm. One woman was charged over $9,500 for 19 days of electricity instead of her usual $250 per month. I feel sorry for the company - they were just passing on what they were being charged by ERCOT.
All 3 members of PUC (that oversees ERCOT) have now resigned, clearing the way for a state attempt to rescind a lot of charges.

The relatively unregulated system is based on supply and demand, and finally some Texans are realising that that is not the way that a public utility should be managed. How on earth can you justify pricing half the population out of using electricity during a big freeze?
D

The chair of the PUC (Public Utilities Commission) was asked to resign after a report that he privately reassured out-of-state investors who profited from the power crisis that he was “working to keep their windfall safe.”

Who would ever have guessed that a republican appointee would put profit above ordinary Texans?
D

Could be an interesting legal case.
Price gouging is illegal in Texas especially during a crisis, and some hotels are being sued by the state for increasing prices during the cold weather.
At exactly the same time some natural gas suppliers increased their charges by 15,000%, and the state of Texas has refused to sue them. So CPS - the San Antonio city owned power provider - is suing them instead.

As it currently stands, our domestic power bill for February has been revised from $55 to $110. That's not a problem for us, but a lot of families will really struggle to pay double their usual bill.
D 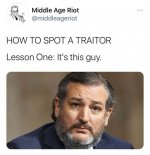 In its infinite wisdom, the Texas state senate is debating whether the best way to avoid a repeat of the power shortage is to tax renewable energy supplies. Fortunately, power companies are complaining:

So when power costs went through the roof in Texas, they also increased in much of the US. Who will pay for this? Consumers, of course.

Now we are being advised to use less electricity in the current hot weather. It is warmer than usual, and will only get worse in July and August.

ERCOT asking us not to use large appliances this week - i.e. no laundry or ovens. Also to set air conditioners to 78F or higher.

Nobody will pay much attention to these requests, but it is absolutely ridiculous that residents of the most powerful nation in the world are being asked to do this under normal weather conditions.
D 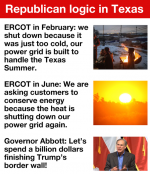 IT'S OFFICIAL: Hailstone in Hondo that fell during April tornado largest in Texas history

What size are we talking? Basketball?
D

The Alamo is the Texas Stonehenge. It is a big tourist attraction that is smaller and less impressive than people expect, it is actually just one of a series of structures in the area, and people disagree over what it represents. But this is Texas, so the disagreements go much deeper.

I have never visited it, since it tells just one side - freedom, liberty, individualism - of a story that also includes racism, slavery, and colonialism. Now some are trying to tell the other side. 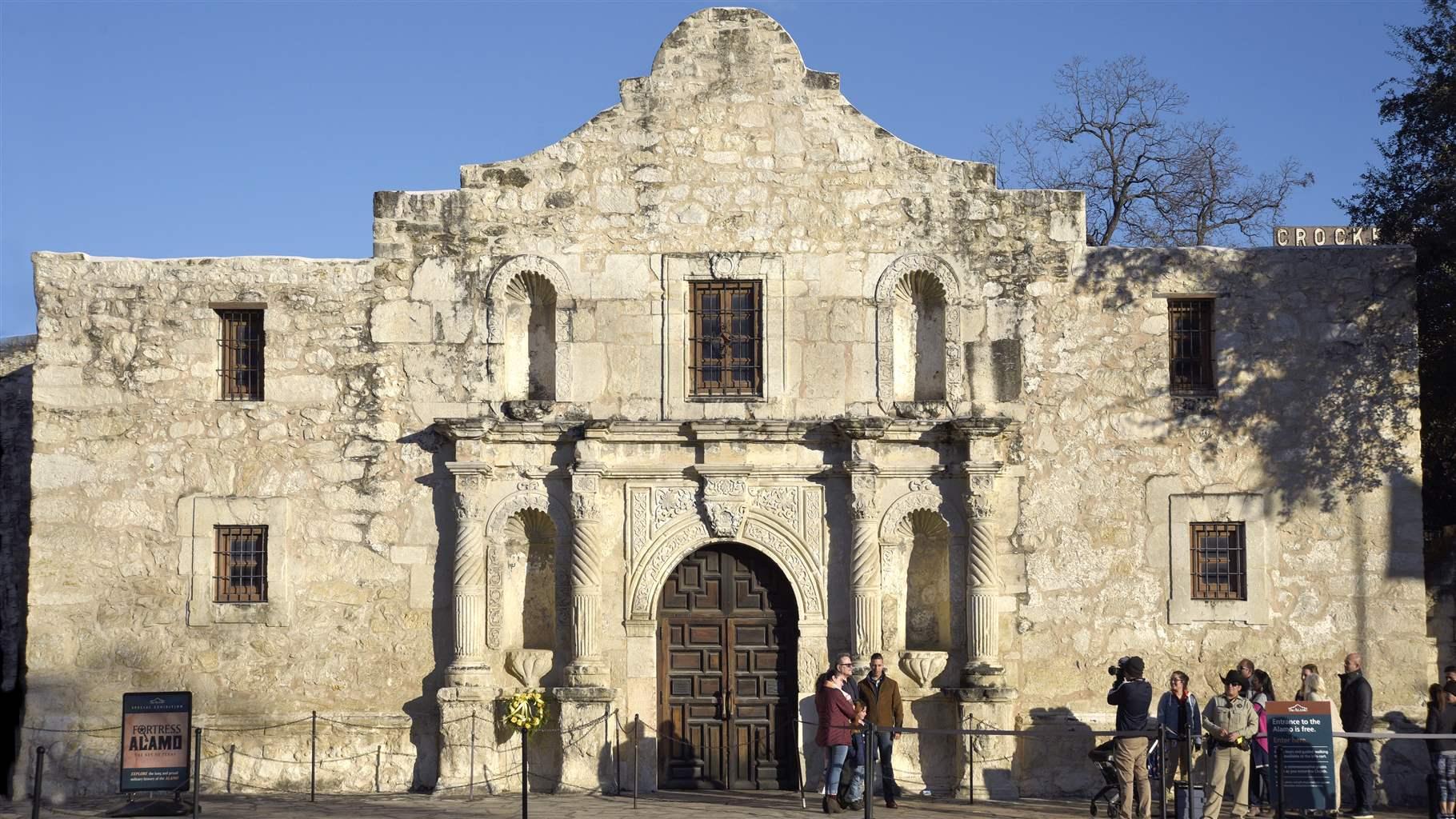