MARKakaJIM said:
It might not have made any difference to you but it will make a world of difference to others. My partner hasn't seen her family since Christmas, tomorrow we're heading back to see them as it's our first opportunity to do so since then and it'll make a huge difference to her, for about an hour then she'll be sick of them and whine about them all the way home.

Same with the changes in a couple of weeks, for you it's just an opportunity to sit outside a pub, for others reopening shops will be massive, both customers and employees.

Sorry to say it's not all about you.
Click to expand...

I will crunch the numbers again just to illustrate the situation.

2.9% mortality rate from recorded cases. Cases is much higher than this (not everyone has had tests, testing wasn’t readily available in the first wave, false negatives etc.)

127,000 people have been recorded as Covid deaths. Excess deaths is around the 20,000 mark. The real figure is somewhere in between.

So taking those two things into account the mortality rate is likely significantly lower than 2.9% (which was in an unvaccinated population).

Now take into account a successful vaccine (people who still get ill with it does not equal death, they will have more protection than this time last year and better treatment), levels of existing immunity in the community, the seasonal nature of the disease, then the response is not in line with the problem (particularly when the response is causing deaths from other causes, as well as the long term economic problems).

I’m not too bothered about a bit more lockdown. I’ve been going into work FT throughout, 5 a side is now back on, my parents are actually going to spend some time with their 11 month old daughter (first grandchild) tommorow which they have been deprived of over the first year of her life, baby classes are back on, my wife may now actually get the medical care she should have had, wolves have been boring anyway.

What I’m not happy about is people trying to suggest there should be restrictions beyond June when there is already very little evidential basis for it even now.

AndyWolves said:
The ones who will fall off have knee pads and helmets on, the rest are very, very, very unlikely to fall off.
Click to expand...

Except not all of them do, do they.
A

MARKakaJIM said:
Except not all of them do, do they.
Click to expand...

They never will, Covid won't disappear.

Pregnant women and people with some allergies?
A

BillyDee said:
Pregnant women and people with some allergies?
Click to expand...

Pregnant women can under the advice of their GP / consultant

BillyDee said:
Pregnant women and people with some allergies?
Click to expand...

But like most medications for pregnant women, the decision is based on lack of testing not any scientific basis.

As pregnant women are encouraged to take the flu vaccine (as the risk of catching flu is worse to them and foetus than any potential in the vaccine), the likelihood is it will be fine. But there hasn’t exactly been enough time or enough willing mothers willing to take that risk for the benefit of science.
D

A pregnant national tv news anchor over here has had the vaccine. Her doctor said it would be ok, and a small study suggested that antibodies are usually transmitted to the unborn child, especially if the vaccine is taken early in the pregnancy.

Friend of ours got vaccinated while pregnant (but not knowing).

Elephant Pyjamas said:
I probably won't read "Failures of State" as it would be far too depressing and likely send me into an angry stupor, but for those that might here is a review of a book written by 2 Sunday Times journalists that focuses on the Government's actions throughout the Coronavirus pandemic. The first draft of pandemic history is in - and it is utterly damning for the Johnson government.

Stories of our Times podcast has a series of episodes on the subject/ investigation by the authors. Worth a listen

a lot of research going on about long term covid..that is the worry for me and losing my taste and smell, hopefully vaccinations speed up now but today they have said in the news sweden wont have everybody vaccinated until midsummer as promised..due to production/delivery problems
A

Freddeno said:
a lot of research going on about long term covid..that is the worry for me and losing my taste and smell, hopefully vaccinations speed up now but today they have said in the news sweden wont have everybody vaccinated until midsummer as promised..due to production/delivery problems
Click to expand...

Once the focus shifts into long Covid and the remedies / cures I'm sure things will get better. Right now everyone is focussed on preventing infection, hospitalisation and death.

Tredman said:
These small changes make a massive difference to us.
Click to expand...

Changes have allowed today for us to do a round robin to see relatives and friends, some we’ve not seen since last July. It’s been great to catch up with people face to face.

Sun going with Vaccine Passports will only be used for mass gatherings, such as gigs, festivals & sporting events.
Going to the pub, restuarants etc will not require one

Gets Wanderers mixed up

I'd better get my hair did. 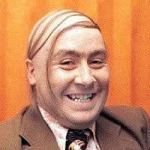 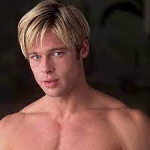 Personally i don't have an issue with passports once everyone has had the oppprtunity to have had the jab. Be interested to see if it was challenged legally if it would hold up beforehand though. Has to be discriminatory based on age.

I think SAGE wanted the passports and Boris was all in until he realised along with Labour & Lib Dems he had 80+ of his own MP's ready to vote it down so he has changed to this plan for a time limited period. I presume the time limit will be until everyone has been offered the jab and those who have it are classed as fully vaccinated. So 14-21 days after the final jab has been done.

By which point the need for a passport will be redundant.

PuntsWolf said:
By which point the need for a passport will be redundant.

It’s like bringing in devisive and ridiculous measures to prevent drought in Manchester during the winter
Click to expand...