Danny Batth had him in his pocket though...
E

He hasn't scored against us since Terry Connor was manager has he?

I watched it too. Moving doesn’t come close.

Excellent watch. Just a pity they didn’t show him presenting Bobby with the BBC SPOTY Lifetime achievement award. It would have shown that despite their differences, his admiration for him was there for all to see.
S

Yes it was excellent, hadn't realised how much he helped Paul Mcgrath. As someone who is getting on a bit, there were parts of it I found it very scarey

It's awfully dusty in here, you'll have to excuse me.

Birmingham's owners have sold St Andrews but will pay more to rent it for the next ten years than what they have received for selling it. 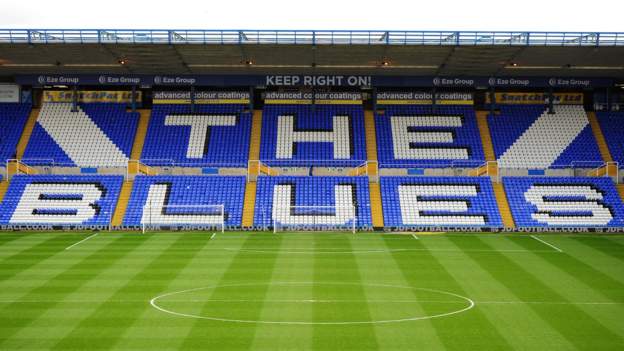 "Blues are currently 21st in the Championship, in real danger of promotion back to English football's third tier"

Blues look really, really fucked. Like mortgaging all your properties in monopoly to try to stay in the game, they've flogged their hotels (Bellingham) and now they're running out of assets.

To sell the main asset they have and to be worse off over 10 years is ludicrous.

Depends who’s behind the buyer I guess

Kieran Maguire comment is interesting about needing permission from the landlord to make any changes. He focusses on any potential expansion in future. He neglects to mention that two stands, one of which is the Tilton, have been effectively condemned.

4,000 local residents will be allowed into Wembley for the Leicester/Southampton semi final.

Leicester and Southampton fans now desperately trying to get hold of any London based relatives...

Allardyce positioning himself to walk

That’s about as relevant as saying Corbyn would continue to be the leader of the Labour Party if he’d won the last election! It was apparent within a couple of games that simply changing manager does not turn donkeys into racehorses.

Deutsch Wolf said:
He just can't stay fit now, shame. A proper great in the modern English game though, loads of spells where you just couldn't stop him scoring.
Click to expand...

Crazy to think back to the Atletico team that featured a young Aguero and just-off-peak Forlan. Hell of a pairing.

Read through it, didn't hear about that. Appalling, big fan of Valencia almost immediately calling him a liar. I will have mentioned this before on here but one of the players in my side got racially abused away at a fixture in a stereotypically grim area of Barnsley, FA here did almost nothing about it, never even responded officially despite continuing to chase it. This was about 2011 so was before I was fully aware of stuff like Kick it out or other groups.
You must log in or register to reply here.
Share:
Facebook Twitter Reddit Pinterest Tumblr WhatsApp Email Share Link
Top